Get Ready For The Next Battle!

Street Fighter is to Capcom, what Tekken is to Bandai Namco. It’s the latter company’s staple fighting game franchise. It features well-developed characters like Heihachi Mishima to goofy and off-the-wall characters like Panda (who is a literal panda bear). It also has a growing and grand competitive scene and fan base.

Therefore, if you’ve finished any of the Tekken games and are looking for alternatives – fret not! We’ve combed through the archives and saved you the hassle with our top 8 picks.

So without further ado, we present 8 games to check out if you’re looking for a game like Tekken.

The King of Fighters XV

Although The King of Fighters may be more popular in countries outside the US, it was one of the founding fathers of fighting games. The franchise was so incredible that many, including Super Smash Bros. director, Masahiro Sakurai was enthralled by its thrilling and in-depth gameplay.

Like Tekken, the King of Fighters offers a cast of likable and colorful characters. Each of them has its own unique play style and motivations. All the characters have an assortment of special attacks and combos that’ll excite fighting game fans.

The locales and stages in King of Fighters XV are immaculate and well-designed. The soundtrack and sounds you’ll hear as the characters clash generate feelings of brute strength and power.

If you’re looking for another fighting game franchise with outstanding characters and beautifully designed stages, The King of Fighters XV awaits you.

The Dead or Alive franchise has seen some praise from fans for its enriching gameplay, decent storytelling, and an array of likable characters. The gameplay itself feels like Tekken, as it’s another 3D fighting game featuring clever stage designs and game mechanics.

The stage designs themselves are multi-tiered and different from what you’d find in Tekken. This allows for the players to knock their opponents off the stage boundaries, revealing a newer area to continue fighting. These moments are often accompanied by goofy reactions from the characters that’ll provide players with a few laughs as they play.

The newer Dead or Alive titles also feature realistic and beautiful graphics. These graphics help bring the worlds to life. For example, in Dead or Alive 6, you’ll receive enhanced character expressions that depict them feeling angst or tiredness. If you’re looking for another realistic fighting game, check it out.

Soul Calibur 6 captures the same intensity and awe as Tekken 7. Both games feature collaborations that other beyond human comprehension and are wonderful 3D fighting games.

Soul Calibur 6 features a plethora of unique modes from the standard versus mode to character customization. The customization options in this game are robust and allow for people to create to their heart’s content. Soul Calibur offers weapon-based combat to stand out from Tekken. With these weapons, players will be able to deal damage to foes, great enough to break their opponent’s armor or tear at their clothing.

The characters in Soul Calibur 6 aren’t as iconic as Tekken’s cast. But they are popular enough to generate excitement and buzz from fans. This game introduces a new mechanic to the franchise that’s like the Rage Arts in Tekken. The game’s stages are also as mesmerizing and visually stunning as Tekken’s stages.

Virtua Fighter stands out from other fights for its realistic approach to the fighting game genre. It leans more toward granting characters distinct emotional personalities than giving them all distinct move sets. This means there’s more emphasis on grabbing and performing combos than utilizing weird supernatural attacks.

This allows for the games to grant characters more complex move sets. Its complex approach to fighting encourages fans to fight with their heads. This means players may need to take some time to learn each character’s inputs, hitboxes, and counter-attacks.

Like the older Tekken titles, Virtua Fighter may be difficult for beginners. However, if you’re up for the challenge, then go for it! 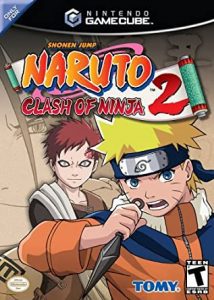 Naruto Clash of Ninja 2 is regarded as one of Naruto’s best fighting games. While it doesn’t feature the marvellous special attacks displayed in the Naruto Storm series of games, it does offer more grounded, fair, and competitive value.

Like Tekken, Naruto Clash of Ninja 2 features a good story mode, iconic characters, and some special attacks that are more balanced. Although the story mode is a simple retelling of some of Naruto’s classic arcs, it adds fun challenges and different forms of play.

The combat is simple compared to Tekken. It’s more of a mash fest than a strategic fighter, but like Tekken, you can get punished for utilizing the same attack multiple times. Considering when this title was released, the ultimate attacks aren’t as visually impressive as the finishers you’d see in Tekken. However, they’re decent enough.

Mortal Kombat is the most gruesome fighting game franchise of all time. Along with its gruesome approach, come its many unique, iconic characters. Each of them has an incredible backstory, motive, personality, and ability.

Although the fighting style has changed over the years, the original Mortal Kombat Trilogy offers some elements that are like Tekken. For example, the fights only happen between two players. The fights end when one player can successfully deplete their opponent’s health bar.

Characters can utilize grabs, punches, kicks, or unique combos to deal damage to foes. The stages in both games vary in atmosphere and personality. You can travel to different areas for specific stages only, however, Tekken 7 offers more in that variety.

Injustice 2 is a follow-up to the gritty DC fighting game of the same name. It’s developed by NetherRealm Studios, the developers who are in charge of the newer Mortal Kombat games. As such, Injustice 2 is a brutal game that features iconic DC characters and a few guests engaging in intense one-versus-one combat.

Like Tekken, Injustice 2 features realistic visuals. These visuals heighten the characters’ emotions, reactions, and blows to help sell players on its dark fantastical world. The maps all feel dark and depressing, in a good way. This helps players come to terms with the different interpretations given to the DC world’s beloved characters.

Speaking of characters, Injustice 2 also includes a wide variety of off-the-wall guest characters. These range from characters like the Teenage Mutant Ninja Turtles to Mortal Kombat’s Raiden and Sub-Zero. This echoes Tekken’s bizarre guest characters like Negan from The Walking Dead, in that it makes little sense but somehow works.

Based on the sound of its title alone, Pokken Tournament DX is what you’d expect. It’s the Pokémon version of Tekken from head to toe. It offers similar gameplay mechanics, tightly packed stages, a character customization system, and modes that are identical to what you’d find in Tekken.

The Pokémon in this game really stand out. Unlike other Pokémon titles, the Pokémon were designed with realism and crudeness in mind. Some examples include Machamp sweat animations, Garchomp’s jagged and sharpened scales, and Charizard’s silky smooth skin. These details alone show that Pokken Tournament DX aimed to immerse fans and change the way they view the creatures they grew up adoring.

Like Tekken, each Pokémon has a variety of different attack options. Characters like Chandelure and Pikachu work wonderfully as mid-range fighters as they dish out projectile-based attacks like Will-O-Wisp and Thunderbolt. However, other Pokémon like Garchomp work best as close-ranged attackers with moves like Dragon Claw and others. These different play styles help Pokkén Tournament DX’s match-up feel more exciting and less repetitive.

So there we have it, our 8 video game picks to keep you busy after playing Tekken.