Searching Out That Elusive 3%

After four seasons, Brazilian dystopian series The 3% comes to a close. With some intriguing ideas around class warfare and lots of interesting sci-fi to draw on, the show has certainly been an enjoyable one to watch.

So without further ado, we present 10 TV shows that should whet the appetite when you’ve finished streaming The 3%.

Where Travelers stands out is the unique way it manages to weave its unique premise through a well written plot and believable, complex characters.

The show does well to conclude its three season run with an epic finale that does just enough to conclude the tale. However, it also leaves the door open for a possible reboot further down the line.

Sense8 is one of the more ambitious (and expensive) projects green-lit by Netflix. Following the exploits of various people around the world suddenly sharing a connection, Sense8 starts and finished strong.

Gorgeously shot and boasting some truly beautiful locations, Sense8 backs up its impressive cinematography with 8 cerebrally charged narratives intertwined together to form one interesting story.

With two seasons and a feature film to its name, Sense8 is a gripping mystery drama that’s well worth checking out.

After an enjoyable first season, 12 Monkeys introduces a shadowy group called the Army of the 12 Monkeys. What ensues from here is an incredible journey that’s well worth experiencing.

With some really bold and interesting colour choices, a spunky protagonist and a good twist during the finale, Omniscient is another promising sci-fi prospect. It also feels like the beginning of a cult hit for Netflix.

The story itself takes place in the heart of Brazil during an unspecified time in the future. Every inhabitant in the city is watched 24/7 by a mini-drone that buzzes nearby and records footage all day, every day. This is then fed back into the ominous Main Computer. With crime virtually unheard of and everyone living in a utopian bubble, a murder brings protagonist Nina out the city to figure out what’s happened.

You can read our thoughts on Omniscient in our full season review here!

The Expanse is another choice on this list that’s bound to raise some eyebrows. However, much like The 3% this sci-fi epic thrives on its character issues and class warfare.

When it comes to world-building, The Expanse is one that easily surpasses what The 3% has to offer. The show offers up a glimpse of a possible future where mankind has extended its reach beyond Earth to inhabit Mars and the surrounding asteroid belt.

With the story jumping between Earth, Mars and the Belt, some clever editing and a good attention to detail keeps the tension ticking away between the different characters. When that tension spills over, it brings with it one heck of a seismic shift in this show.

Another cancellation casualty, Colony is a sci-fi series with a lot of promise that’s only partially explored. The main premise is set in the near future with an occupied LA. It centers on a family who must make difficult decisions as they balance staying together whilst trying to survive.

While the show is predominantly sci-fi in nature, it’s also one of those series that really leans into its character drama. The show expertly balances tension with familial issues, building up to a really dramatic send-off at the end of the series. Unfortunately it was also cancelled so sadly there will not be a resolution to this tale. However, the ride is certainly worth taking.

If character drama is your jam, Biohackers will be right up your alley. It’s a show that puts its characters at the heart of the drama and much like The 3%, features a pretty quick first season to get through. While the science is a bit iffy, there’s no question that the popularity of this show may see a second season green-lit.

The first season has enough intriguing sci-fi concepts too and the cliffhanger ending will reel you in to try and figure out what happens next.

You can read our thoughts on Biohackers in our full season review here!

Unlike some of the other options on this list, The Rain has a definite end to its story. The characters all come to a satisfying enough conclusion and the show introduces some intriguing ideas along the way. The oppressive government angle and a lot of teen drama play into many of the same ideas that The 3% shoots for.

While the first season is still arguably the best, the show’s three season arc does build up to a dramatic finish. The main premise here revolves around a group of teens forced to survive from deadly rainfall that carries a fatal virus. I won’t spoil anything more but the tone of this piece does feel very similar to The 3%

You can read our thoughts on The Rain in our full season reviews here! 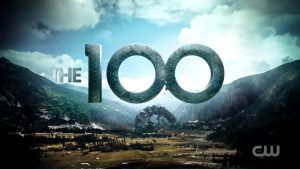 The longest running series on this list, The 100 is set 97 years after a nuclear war has destroyed civilization. A spaceship housing humanity’s lone survivors is our last hope for survival. As such, 100 juvenile delinquents are thrown back to Earth in hopes of re-populating the planet.

It’s a suitably teen-drama affair with lots of relationship issues and a distinctly cheesy tone. However, the show does grow into its role and it’s worth sticking with this one through a particularly rocky first season. With 7 seasons to get through and lots of drama along the way, this one should keep you very busy.

So there we have it, our 10 TV show picks to keep you busy while you try to shake off the void left behind by The 3%.