Tell Me Your Streaming Picks

Tell Me Your Secrets is a twisty turny thriller with lots of twists, contrivances and a big, cliffhanger ending.

So without further ado, we present 10 TV shows that should whet the appetite when you’ve finished streaming Tell Me Your Secrets.

Based on the Swedish novel ‘Störst av allt’ by Malin Persson Giolito, Quicksand is a surprisingly well written, absorbing series, one that does an excellent job adapting the novel into one of the best dramas of the year. With two timelines separated through Maja’s flashbacks and one school shooting anchoring everything into place, Quicksand is an easy show to binge and a tough one to put down.

Blood spattered across school tables and the ground set the tone for the series, opening with the aftermath of a shooting and the shell-shocked, 18 year old Maja sitting with the murder weapon by her side. As police grab her and take her into custody, across the 6 episodes we learn of the events leading up to that day involving Maja’s mentally unstable boyfriend Sebastian and all the drama that transpired between the victims inside the classroom. The slow build around all of this paves way for a really satisfying conclusion where Maja’s fate is revealed.

Based on the best-selling 2004 novel of the same name, Dare Me is a tale that predominantly revolves around three females. Addy and Beth are best friends; inseparable teenage girls reveling in the heady world of alcohol, drugs and parties. When new cheer-leading coach Colette arrives to shake things up, what follows is a story that starts to drive a wedge in Beth and Addy’s friendship, while dark secrets blanket the trio.

Flower Of Evil is a incredibly well written slow-burn thriller. It’s a show that not only subverts expectations, it does so by seamlessly hopping across various genres without ever losing sight of its main premise.

The story itself plays out as a combination of both a procedural crime drama and a cat and mouse thriller. Baek Hee-Sung is a man with a very dark past. Hee-Sung is seemingly happy in his marriage to police detective Ji-Won, with a loving daughter Eun-Ha offering up a semblance of normality.

Only, a string of unexplained murders point to Hee-Sung being the culprit behind this. The truth however, is far more shocking and emotionally stirring than one may expect.

I won’t spoil much more but suffice to say, this one subverts expectations beautifully and delivers a solid story in the meantime, one that very nearly made the top spot of our top 40 TV shows of 2020.

You can read our thoughts on Flower Of Evil in our full season reviews here!

Much like Tell Me Your Secrets, Absentia is one of those shows that is hampered a little by its plot twists and a bit of over-acting. Having said that, Absentia’s conclusive three-season run is helped by a really gripping story that ends on a suitable high note.

The story revolves around FBI agent Emily Bryne who is found alive six years after her disappearance. Hampered with amnesia, Emily is forced to try and piece together her past, with specific emphasis on her time while kept in captivity.

To give much more away would be a disservice to this one but there’s a lot to like with this thriller.

You has absolutely no right to be as compelling as it is. Based on Caroline Kepnes’ best-selling novel of the same name, You is a darkly modern love story, one that took the internet by storm when Netflix snapped up the rights to this one. It’s a show that quite simply asks, “What would you do for love?”

That question is stretched to the absolute limit by a chance encounter in a bookstore. When manager Joe crosses paths with an aspiring grad student writer called Beck, a deliciously dark thriller ensues.

Using the internet and social media as his tools to gather intimate details, Joe’s charming and awkward crush quickly becomes obsession as this manager strategically removes every obstacle in his way.

With two seasons out and a third already green-lit, You is one of those compelling thrillers that keeps you watching until the very end. 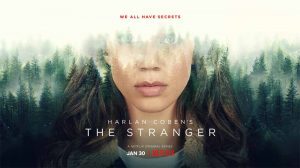 What would you do if a stranger told you your whole life was a lie? Harlan Coben’s new Netflix adaptation The Stranger answers this very question where it’s revealed that some secrets are far bigger and more dangerous than others.

With Richard Armitage and Paul Kaye both firing on all cylinders, the series is let down slightly by some incredulous character motivations.

Still, if you can get invested in the mystery, and excuse some of these shortfalls, this thriller delivers a compelling and binge-worthy journey worth taking.

So there we have it, our 10 TV show alternatives to watch when you’re finished with Tell Me Your Secrets on Amazon Prime.