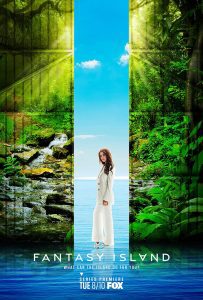 Fantasy Island is a show that follows guests of a beautiful tropical resort who get their secret fantasies and wishes granted by the mysterious Mr Roarke. However, where would the fun be if it was that easy? The guests have to solve the island’s mystery and learn some life lessons along the way to survive the nightmare their fantasies bring.

Here is everything you need to know about Fantasy Island Season 2 Episode 1 including its release date, time and where you can watch this.

Where Can I Watch Fantasy Island?

Fantasy Island is available to watch on Fox. This is an exclusive original series, and at this time there is no word on international streaming.

Episode 1 of Fantasy Island will premiere on January 2nd at 8pm (ET) on Fox. You can also stream it on your phone through the Fox App or on your computer through the Fox site.

The show is also available for streaming on Hulu Plus, Youtube TV or Fubo TV. For Hulu, the monthly plan costs $7.99  but you can start with a 30-day free trial. The series is expected to continue its episodic structure and run for roughly 40-45 minutes.

How Many Episodes Will  Fantasy Island Season 2 Have?

Season 2 of  Fantasy Island has been commissioned to have 8 episodes. The titles for the first three episodes are already out. Season 2 will feature many wonderful guest stars who most viewers have always enjoyed watching. Look forward to seeing stars such as Rachael Harris, Zach Pearlman and many others.

Is There A Trailer For Fantasy Island  Season 2?

There is indeed! Fox has got our backs and released the trailer of what to expect in the second season. Check out the trailer below:

What do you hope to see as the series progresses? What’s been your favorite moment of Fantasy Island so far? Let us know in the comments below!