For our ongoing series of articles depicting the best anime, our attention this time turns to shows with the best CGI. From jaw-dropping visuals to well-crafted storylines, there’s an excellent choice to whet your appetite.

Of course, if we’ve missed any of your favorites feel free to comment below and we’ll add them when we can!

Land of the Lustrous

Land of the Lustrous uses its CGI effectively. Characters move at a beautiful pace, and designs are moderately polished. Visuals aside, this anime contains a cast of memorable characters who carry immense pressure on their backs. Our tale resides in a world where crystal organisms called Gems inhabit the land.

The Gems defend their homeland from evil entities called Lunarians. The Lunarians seek to harm Gems and utilize their body parts as decorations. At the cusp of this tale lies our protagonist Phosphophyllite (Phos), a gem who only seeks to help others out during the war against the Lunarians.

Despite being denied the opportunity, Phos meets Cinnabar, who also was denied the chance to help in the fight. Therefore, the anime follows Phos and Cinnabar’s quest to find a suitable role for themselves. This anime offers a fascinating narrative full of mystery and tension. There’s enough action here to warrant any anime fans’ time.

Knights of Sidonia is another anime brought to life by CGI. While many had poor thoughts leading into its release, many fans enjoyed the ride it offers. This anime knows how to utilize CGI masterfully in every scene, especially when characters engage in combat against fleets of enemies.

Granted, it may take a while for fans to adjust to this anime’s designs and character movements. Once you’re midway through this anime, you’ll grow accustomed to its CGI-styled environments, character designs, and animation. CGI aside, this anime’s storyline provides enough thrills to keep fans hooked.

Knights of Sidonia is an anime that likes to flaunt its technological advancements in its society. This anime knows how to build up its tense moments well and offers bits of comedy to provide fans with breathing room. At the same time, its plot isn’t original; Knights of Sidonia pieces together a well-crafted narrative worth your time. Stand By Me Doraemon

For an anime film, Stand By Me Doraemon offers some of the best use of CGI animation out there. While the Doraemon franchise isn’t as popular in the west, this movie sets a precedent for CGI anime. At first glance, it looks like a Pixar film with roly-poly yet polished character designs.

Doraemon fans will especially enjoy this one to see characters like Nobita and Doraemon in a refreshingly brilliant light. Visuals aside, this anime offers a grand narrative revolving around friendship and family values. Stand By Me Doraemon’s pacing isn’t the best, though. Sometimes events move too fast or too slow. They lack a moderate flow.

The story in this film feels like a recap of the first few episodes and doesn’t offer much new content. The film leans into Nobita’s love life more than the series. This is an excellent place to start for those who’ve never seen Doraemon. It gives you enough information about our cast and their struggles to catapult you into this charming sci-fi world.

To many fans, Gantz 0 is the epitome of 3D CGI-based anime. This anime’s visuals will blow many people away with how realistic everything looks. This animation style helped monsters appear gruesome, and the lighting and camera work are equally impressive.

Considering Gantz is a horror-themed anime, fans should expect much gore with Gantz 0. It features all types of bloodshed, from heads exploding to limbs snapping. The sound design applied to these action scenes makes these scenes invigorating to watch.

While the film sets up the team players and world well for newcomers, many suggest getting familiar with Gantz’s source material. The film offers some changes here and there from the source material, but it’d be best to check out the manga before heading into this gruesome film. 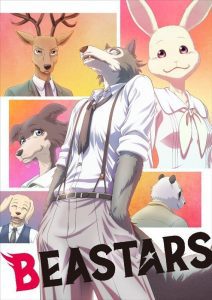 Beastars is one of those Netflix anime that popped off in the anime community. Despite having an all-animal cast, this show’s characters have a lot of humanistic traits and encounter many human-like issues regarding romance, racism, and other topics.

This is an anime everyone should hop into because of its mature storytelling. This series offers some fun action and slice-of-life bits worth watching. However, the themes and life messages it explores are top-notch and relative to what plagues humanity today.

Our tale takes place in a world where carnivores and herbivores live together. This essence of peace is shattered when a herbivore named Tem dies one fateful night. Many creatures believe Tem’s companion Legoshi is the culprit because he’s a wolf. Despite his looks, Legoshi’s the sweetest creature out there.

One day, Legoshi’s Drama club friend Louis trains Tem’s replacement and orders Legoshi to look for anything suspicious. During his shift, Legoshi meets a white dwarf rabbit named Haru, whose scorned by her peers. Surrounded by many issues involving his newfound feelings for Haru and keeping his predatory instincts in check, Legoshi embarks on a quest to show the world that not all predators act alike.

You can read our thoughts on Beastars in our full-season review here!

While Final Fantasy delivers incredible storytelling via games, its animated projects don’t bode well in comparison. It wasn’t until the release of Kingsglaive, that fans started taking their animated works seriously. This movie revolves around a powerful empire called Niflheim. Their goal is to possess the power of the last known Crystal being held in their rival kingdom Lucis’s city of Insomnia.

To protect his people, Lucis’s ruler King Regis cast a magical wall around Insomnia and assembles an elite squad of warriors called the Kingsglaive. The Kingsglaive protect Lucis’s borders by drawing their power from Regis. Nyx, a Kingsglaive member and nicknamed “The Hero” is at the center of it all. Full of pride and cockiness, Nyx gets demoted by his captain.

Once word gets out that Regis plans to sign a peace treaty with their sworn enemies, Nyx changes his ways. The story follows the developments that occur afterward. Visually, this anime offers impressive imagery and animation. Everything from its background to its fights feels immersive. The story is decent for Final Fantasy standards and spends time showcasing the inner struggles our characters endure.

If you’re looking for a CGI anime with beautiful visuals and excellent characters, check out Kingsglaive.

Lupin The III: The First

For many Lupin III fans, Hayao Miyazaki’s The Castle of Cagliostro has been unmatched concerning his depiction of anime’s famous thief. It wasn’t until the release of this beautiful CGI film, that Miyazaki finally met his match. This film has stunning animation that rivals that of Pixar films.

From the way our characters emote on the screen to the fluidity of their movements, this is a luxurious and mesmerizing take on Lupin III. In this film, Lupin III and his comrades are after a mysterious artifact called the Bresson Diary before an evildoer uses it to resurrect a terrifying being called the Third Reich.

Like most Lupin III projects, this one has our gang undertaking countless trap-filled tombs and prison escapes. To some extent, the film feels largely inspired by Indiana Jones’ notorious adventures. The soundtrack is as amazing as the anime’s visuals, as its melodies will entice viewers to hum and sing along.

Although the main cast doesn’t undergo any substantial change, the new side characters, and villains introduced in this movie leave a remarkable impression. If you’re up for a heist that will get your adrenaline pumping, I’d check out Lupin The III: The First.

Like Final Fantasy, Dragon Quest is a beloved and important gaming franchise in the industry. It set the stage for many JRPGs to follow and continues delighting fans with each new installment. There are many well-animated series from this franchise worth checking out, and Dragon Quest Your Story is one of those.

This anime is based on Dragon Quest V: Hand of the Heavenly Bride which is a remarkable entry worth playing. As such, this revolves around a boy named Luca who must locate a hero who wields the zenithian sword to save his mother from an evil necromancer named Ladja.

This anime doesn’t adapt Toriyama’s art style extraordinarily well. Some character designs don’t hold a candle to the incredible 2D art drawn from him. However, that’s not to say it’s all terrible. The CGI does a wonderful job of conveying our characters’ emotions through facial expressions and bodily movements.

The story can feel somewhat overbearing since it tries to cram a lot of material from the games into the film.  Despite its story issues and bizarre art style, Dragon Quest Your Story holds enough virtue to warrant your time. Blame is a fun action-centric sci-fi drama. This is one of those anime where you’ll better appreciate it if you’ve read its source material. While it covers the original story’s first arc wonderfully it doesn’t feature the entire storyline. Where it lacks in being a faithful adaptation, it makes up for it with its impressive visuals.

In it, we follow Zuru, who embarks on a quest for food in a post-apocalyptic city. Zuru gets attacked by the city’s machines because one of her teammates triggers the city’s AI defense program. They’re all saved by a man named Killy. Despite his actions, Zuru doesn’t trust him and questions his motives.

Killy reveals he’s from an underground city and aims to find humans possessing genes that will defeat the city’s defense program. After hearing him out, Zuru and her team join Killy in search of the Genes that’ll safeguard humanity’s survival.

Unfortunately, the film doesn’t give our cast enough personality and time to leave a memorable impression on folks. It banks on its beautiful visuals and jaw-dropping animation to carry it. While the action scenes involving Zuru and the others will leave fans enthralled, it may not be enough content to satisfy everyone. If you’re looking for a CGI anime with mesmerizing imagery, then check out Blame. Akira Toriyama’s Dragon Ball franchise has become a powerhouse in the world of anime and manga again. With the introduction of god-like deities and transformations, the series arose from the ashes and blows fans away with more excellent fights. Dragon Ball Super: Super Hero (Super Hero) is another modern Dragon Ball film to receive a worldwide release like Dragon Ball Super: Broly (Broly).

This serves as a continuation of that film and takes place near Dragon Ball Z’s ending. This film centers around Gohan, Piccolo, and other side characters combatting the newly formed Red Ribbon army led by an evildoer named Magenta. This anime plays more into the slice-of-life aspects of Dragon Ball.

Goku and Vegeta aren’t the star players as they hand that role over to Gohan, Piccolo, and other side characters. Furthermore, Super Hero is a highly experimental film. Toei Animation wanted to tamper with a new 2D and 3D CGI style with it, unlike Broly. Some instances will look jarring while others polished.

This is a divisive film in the fandom, but one that leaves an impression.

So, there we have it, our picks for the best CGI anime throughout the years!