Crash Landing Into Our Hearts

Hyun Bin is one of the most popular Korean actors and it’s easy to see why. From his dashing good looks to versatile roles on screen, Hyun Bin has been a mainstay in the K-drama scene since the early 2000’s.

To celebrate the ongoing success of Korean entertainment worldwide, we present the best Hyun Bin dramas and movies you should definitely check out!

Ireland marks the first drama with our Korean actor in the driving seat as the lead star. Although it dropped to mixed reviews, Ireland remains an important part of Hyun Bin’s filmography.

The story revolved around a woman named Lee Joong-Ah who’s devastated when her adoptive family are killed after her brother gets involved with the Irish Republican Army.  Flying back to Korea, Kang-Guk (Hyun Bin) flies with her and inevitably winds up experiencing feelings for her.

While this 2004 drama doesn’t necessarily do anything outstanding, it remains an important part of Hyun Bin’s acting history.

The story here centers on Jae-Kyung (Hyun Bin), a high school senior who skips school often. With him set to inherit a fortune when he turns 19, Jae-Kyung finds his world turned upside down when their family lawyers informs him of a big stipulation. Jae-Kyung needs to graduate from Boram High School in order to gain that fortune.

This school is where the rest of the film takes place, as Jae-Kyung meets Eun-Hwan and sparks begin to fly.

My Name Is Kim Sam-Soon (Drama)

My Name Is Kim San-Soon is the drama that really catapulted Hyun Bin into becoming a big name in the K-drama world.

The plot revolves around Kim Sam-Soon, who gains 7kg after having her heart broken. 29 and living an average life, Sam-Soon is a baker who has a talent for making pastries and cakes. What ensues from here is the typical “love square”, involving our man Jin Hun (Hyun-Bin).

This is a fun rom-com and Hyun Bin’s performance is a definite stand-out here. For that alone, this one is worth watching.

Swinging the pendulum back to movies, The Negotiation is actually the first time Son Ye-Jin and Hyun Bin worked together before their mega-hit, Crash Landing On You.

The story centers on Chae-Young who happens to be a crisis negotiator for the Seoul Metropolitan Police Agency. She carries herself with a calm and cool-headed attitude.

Tae-Gu (Hyun Bin) happens to be a weapons smuggler for an international crime organization. He stages a terrifying hostage situation, forcing Chae-Yoon to race against the clock to save the captors.

With a run-time of a little under 2 hours, The Negotiation is good value for its run-time.

Confidential Assignment is one of the newer movies starring Hyun Bin. It’s also ironically one that sees him playing a North Korean detective in Cheol-Ryung.

The movie itself centers on Cheol-Ryung’s corrupt superior, Ki Seong, who escapes to South Korea with plans to make counterfeit money. Cheol Ryung is tasked with pursuing the traitor and bringing him back to North Korea. In doing so, Cheol-Ryung is forced to work with a South Korean detective called Kang Jin-Tae. As they work together, bromance inevitably ensues.

Confidential Assignment is your typical action flick but it’s packed with some great individual performances. There’s also a sequel that’s been commissioned too, which is due to be released in 2021.

Late Autumn is a remake of the 1966 film with the same title. However, it’s also an interesting choice for Hyun Bin given he predominantly speaks English throughout.

The story really centers on Anna Chen, who awakens to discover her husband is dead after the pair fought the previous night. 7 years pass and Anna learns in prison that her Mother has passed away in Seattle. The officials then grant Anna a three day furlough where she heads off to attend her funeral.

On the train ride though, Anna happens upon a sweet-talking gigolo known as Hoon (Hyun Bin). Hoon is now on the run from a wealthy client’s furious husband. What ensues from here is an unforgettable journey for them both.

Secret Garden is your classic forbidden love story wrapped up with some great acting and a believable body swap angle. It’s also the breakaway hit that Hyun Bin is arguably most famous for.

Our protagonist here is Kim Joo-Won (Hyun Bin) who happens to be the arrogant CEO of a huge shopping district. Opposite him stands Ra Im, who finds herself entangled in Joo-Won’s life almost by accident thanks to a case of mistaken identity.

Of course, this all happens to be a clever bout of foreshadowing as the pair find themselves lost in a forest before finding a secluded restaurant known as “Secret Garden.”

This is inevitably where the magic starts and throughout the drama there’s some great moments of romance and drama. 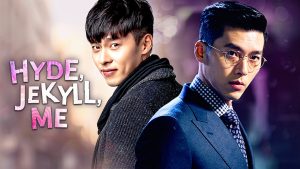 The main story revolves around Koo Seo-Jin (Hyun Bin), who happens to be a man with split personality disorder. One of his personalities is cold like Hyde and the other is sweet like Jekyll. Predictably, the show takes on a romantic edge. Although some of the later episodes are a bit slow, the drama remains an entertaining watch nonetheless.

Memories of the Alhambra (Drama)

To be fair though, parts of this drama are really compelling with a Sword Art Online vibe running throughout the story. The soundtrack is also incredible and Hyun-Bin completely owns his role. 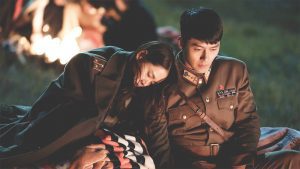 Crash Landing On You (Drama)

Who knew an innocent paragliding incident would cause such a stir in the k-drama world. Crash Landing On You has been dubbed by many as 2020’s crowning jewel.

It’s also arguably the gateway drama that attracted a whole new crowd of people to experience Korean dramas thanks to Netflix’s desire to showcase more of these wonderful shows.

Crash Landing On You manages to effortlessly blend romance, action and comedy together into one heady cocktail of delight. It also marks a pivotal moment for Hyun Bin, as he finds himself reunited with Son Ye-Jin again.

The main protagonist here is Se-Ri, a rich South Korean who finds herself caught in a strange land with strange people. As she starts to learn more about the North Koreans, she finds herself in a dangerous game of cat and mouse and desperate to return home.

It’s a show that manages to constantly surprise with every episode, featuring twists and turns that leave you speechless, in tears, elated – or even all three at once!

And there we have it, our list of the best Hyun Bin dramas and movies of all time!