Fantastical K-Dramas To Check Out

Lee Min-ho is a South Korean actor, singer, model, and creative director who is also a top Hallyu superstar who is acknowledged globally. For many, their first love in K-drama was Lee Min Ho who stole millions of hearts with his dashing smile, chiselled abs, and his endless talents.

He is well known for having an aura of a king but he remains humble and continues to grace our screens with amazing performances all the time. His portfolio of work is extensive so we will only focus on the dramas for now.

The series was released in March 2022 and is an Apple original drama series based on the New York Times best seller Pachinko. The story is an epic generational family story that is rich in history. The story is about an immigrant family across four generations that is faced with changes and sacrifices that affect their lives forever.

In this series, Min Ho took on a challenge to play the villain and he pulled it off effortlessly. Season 2 of the series has already been announced and fans are thrilled to see more of this captivating story. 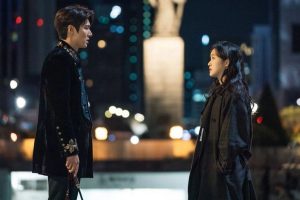 The series has an awesome storyline with amazing scenes between the Republic of Korea and the Kingdom of Corea, the story is about a king who rides through a mysterious gateway to a parallel universe. He is still haunted by his experience from 25 years ago and the police badge left by his savior.

In the Republic of Korea, Detective Jeong Tae-Eul is in the violent crimes department where she is an undercover agent. The love story beyond this universe and the action scenes are something to look forward to in the series.

This is one series that put Lee Min-ho’s talent in the spotlight and propelled him to global stardom. The series is set in a prestigious private school. It is the story of Geum Jan-Di, a girl born into a poor family who finds her way to the prestigious school where she meets a group of four boys known as F4.

The gang is made up of Koo Jun-Pyo, Yun Ji- Hu, So Lee Jeong and Song Woo- Bin. Initially, they start as enemies but we all know love sparks can fly even between sworn foes.

This is one of the best dramas released in Korea and it was inspired by a classic Joseon legend from Korea’s first collection of unofficial historical tales. It is a story of a man who falls in love with a mermaid.

Their love story began with their reincarnations in the Joseon era and they meet once again in the present day. This drama is well balanced with comedy, angst, and chemistry. A love story transpires between a rich heir, Kim Tan Lee, and Cha Eun Sang, a girl from a poor background who lives with her mute mother. Her sister, who lives in America, sends a message that she is getting married. Her mother asks her to send her sister money from her savings. She yearns to live a better life with her sister in America.

She meets Kim Tan Lee who helps her return to Korea. As fate would have it, they meet again in Korea while going to the same school and the embers of love between them start to burn.

In this historical drama set in the Goryeo Period, Lee Min-Ho plays the role of Choi Young. Choi Young is the captain of the Royal Guard and is tasked by the King to travel to the future to save the queen.He travels to the future and brings back a talented doctor Yoo Eun-soo.  She was supposed to heal the queen and travel back to her time but the schemes of the Royal Advisor makes it hard. As Choi Young spends more time protecting  Eun-soo they fall in love .

The story of Gae-in Park, who is very trusting but with a history of being betrayed. However, she is also known for giving people the benefit of the doubt. Jin-ho Jeon, a straight guy who is mistaken to be gay and with an obsession with cleanliness, applies to be Gae-in Park’s roommate. How will Gae-in Park react when she finds out that her roommate is not gay and is also in love with her?

This is a fast-paced thrilling action drama that will have you on the edge of your seat. It follows the revenge story of Lee Jin-Pyo who vows to avenge the death of his special forces comrades. He sets out to raise one of the comrade’s son (Lee Yoon-Sung) as his own and trains him for his ultimate mission

This elaborate revenge plan sees Lee Yoon-Sung infiltrate the Blue house where he meets Kim Na-Na, a presidential bodyguard, and falls in love with her.

And there we have it, our list of the best Lee Min-Ho k-dramas of all time!