Resident Evil 7: Biohazard is a return to form for the Resident Evil franchise, one that fully embraces its survival horror roots while adding a semblance of investigative work for good measure.

If you’ve finished playing this one and are looking for alternatives – fret not! We’ve combed through the archives and saved you the hassle with our top 8 picks.

Of course for all the games we’ve reviewed, we’ve also added a handy link so you can check out our full thoughts on that and see if it’s something you want to invest your time with.

So without further ado, we present 8 games to check out when you’ve finished playing Resident Evil 7: Biohazard.

The Vanishing of Ethan Carter

Set in 1973, The Vanishing Of Ethan Carter is an open world investigative game, centering on finding 12 year old Ethan Carter. You play the role of paranormal investigator Paul Prospero, who heads up to Red Creek Valley to find out more.

However, as he starts to dive into the mystery he begins encountering unsettling paranormal phenomena, as well as evidence of recent violence in a mining village.

Although the gameplay is a little simplistic, the aesthetic is excellent and combines with the gripping narrative to keep you playing until the end.

If you like police procedurals or walking sims, Observer: System Redux is essentially a hybrid of the two. Tying both these genres together, Redux’s augmented bulk is held in place by a murder mystery that forms the crux of this 6-8 hour game.

In that respect, Observer does bear some similarities to Biohazard – especially the early parts of this title. Here though, the setting shifts across to 2084, with a dark, bleak dystopian world ripped right from George Orwell’s 1984.

At the center of this cyberpunk world is Daniel Lazarski, who sets out to try and find his missing son.

While aesthetically impressive and sporting a moody atmosphere, the game’s stealth sections are much more of an acquired taste. Still, fans of Biohazard should check this one out.

Resident Evil 8 picks up after the events of 7 so it makes sense to include it in this list of similar games. This follow-up shifts the setting away from our maniacal family across to another equally mentally disturbing group.

The story begins with series veteran Chris Redfield returning, killing returning-protagonist Ethan’s wife and turning his whole world upside down. With Ethan now devastated, heartbroken and furious, he sets out on a quest for revenge.

Instead of zombies though, Resident Evil 8 leans into werewolf and vampire lore, doing a great job building on the quality seen in Biohazard. 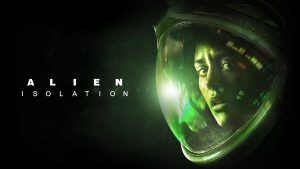 Alien: Isolation is scary. It’s a terrifying experience from start to finish and one that will challenge even the most seasoned of gamers. If you’re looking for a horror like none other, Isolation is a must.

This cat-and-mouse chase takes place 15 years after the events of the original Alien film. Here, you take control of Amanda Ripley, daughter of Ellen Ripley (the main protagonist in Alien). You’re tasked with investigating the disappearance of your mother and the lost Nostromo vessel.

While the game is perhaps a little overlong, this is undoubtedly a survival horror gem.

Amnesia: The Dark Descent is another survival horror game, this time changing the focus to navigating the unnerving Bennenburg Castle. In the process, you’re challenged to avoid various dangers and solve puzzles.

Our protagonist this time is amnesia-stricken Daniel, who awakens with no memory of how he got to the castle and one simple note, written to himself. Apparently he’s being hunted by a “Shadow” and Daniel himself is responsible for erasing his own memory.

The hook is effective to draw you into this world, and across the course of the game more is revealed around this.

SOMA is a survival horror set deep underwater in a remote facility containing machinery exhibiting human characteristics. Unfortunately, experiencing this unnerving experience falls to Simon Jarrett, whom you control across the game.

As Simon begins to investigate this facility, it soon becomes apparent that all is not what it seems.

Stealth is used to evade enemies while puzzle-solving used in tandem with a tight focus on narrative. This carefully constructed game is a joy to play and there’s some excellent ideas here that are explored nicely across the game’s 10 hour run-time.

When Outlast dropped back in 2013, it felt like a breath of fresh air in the horror genre. Instead of being armed to the teeth with weapons and skills, Outlast strips all of that back for a much more simple and intriguing set-up.

The story is simple, revolving around investigative journalist Miles Upshur as he navigates a dilapidated psychiatric hospital. Unfortunately, this hospital has been overrun by homicidal patients.

In order to escape, Miles is forced to evade the threats lurking around every corner, with an emphasis on stealth rather than action. Outlast relies a lot on jump scares and audio cues too, making for an unnerving experience.

Remothered: Tormented Fathers is an underrated gem that feels like an old-school horror movie brought to life. This anxiety-inducing game is best played with headphones on, such is the quality of the sound design.

The story follows a woman named Rosemary Reed, who arrives at the Felton family’s mansion to investigate the disappearance of her daughter, Celeste. However, when owner Richard realize Rosemary’s true intentions, a terrifying night begins.

To give much more away would be a disservice to this title. If you haven’t played it already, Remothered is definitely worth checking out.

So there we have it, our 8 video game picks to keep you busy after playing Resident Evil 7: Biohazard.