Hunter X Hunter is an action-adventure manga written by Yoshihiro Togashi. This manga contains exhilarating story arcs, memorable characters, and phenomenal battles. Hunter X Hunter is being serialized in Shueisha’s Weekly Shonen Jump magazine since March 1998. The series has currently released 37 volumes and is a solid anime adaptation. Although the series has gone on hiatus numerous times, fans can’t get enough of this world and its characters.

If you’re in the mood for more action-adventure manga that offers a similar vibe, fear not! We’ve gathered together 8 books/manga to check out when you’ve caught up with Hunter X Hunter. Of course, if you feel we’ve missed any of your favorites, do comment below and let us know! My Hero Academia is one of the latest shonen anime to spark wide fan demand. It has some fun characters, a decent plot, and some stellar fights that’ll help you stay invested. This story revolves around Izuku Midoriya, a boy who lives in a world full of superheroes and supervillains. Unfortunately, Izuku wasn’t born with any powers.

Nonetheless, he dreams of becoming his universe’s number-one hero. He also looks up to the universe’s current hero All Might. One day, Izuku impresses All Might when saving his bully and former friend Bakugo from a monstrous villain. All Might rewards Izuku by granting him powers akin to his own. This allows Izuku to enroll in U.A. Academy to help sharpen his skills.

This series evokes a similar atmosphere you’d find in Marvel and DC Comics. However, it shares some shonen elements like Hunter X Hunter regarding tournament arcs and call-out attacks. The series’s comedy is well-executed and has enough jokes that’ll make you giggle in your seat. If you’re searching for another action-centric manga with diverse characters, give this one a read.

One Piece is Hunter X Hunter but with a more expansive world. This series encapsulates stronger feelings of adventure and has our cast exploring multiple islands with established economies. Each island they visit hones intricate details and customs, making every experience feel new and exciting.

One Piece contains some excellent fights and emotional dialogue. The fights can get intense. There are several instances where our characters will be pushed to their absolute limits. Although they win most of the time, there’ll be battles where the villains walk away victorious. Fans looking for a mature-themed shonen manga with a hint of goofiness, should not write off One Piece.

One Pierce follows Monkey D. Luffy, a novice pirate who dreams of becoming the King of the Pirates. The former Pirate King Gol D. Roger has left his treasure One Piece on the final island of the Grand Line. With the help of a few other colorful pirates, Luffy plans to sail toward the Grand Line’s end, obtain the One Piece, and fulfill his and his crew’s wildest dreams. With remarkable foreshadowing and epic fights, One Piece is an incredible action-adventure comic that’s earned its praise.

It contains enough mysteries, action, and fantastical creatures to keep you hooked. Our story follows Alibaba, a boy who wants to live the best life. While visiting a marketplace, he meets a young magician named Aladdin. Alibaba befriends Aladdin and the two embark on a quest. They’ll explore multiple dungeons, kingdoms, and landscapes.

Like Gon, Alibaba, and Aladdin will make new friends and enemies along the way. They both harbor the will to protect those they care about to the bitter end. Both mangas delve into mature topics like death and politics occasionally. However, Magi lean more toward the latter whenever our heroes visit new kingdoms. Give this manga a shot if you’re looking for a magic-centric adventure series.

Yu Yu Hakusho is one of Yoshihiro Togashi’s earlier works. That said, it shares many similarities with Hunter X Hunter. It contains a finely-written plot, dynamic characters, and enough fights to get your heart pumping in anticipation. Both mangas can get brutal and have enough emotional moments to draw a tear from your eyes.

Yu Yu Hakusho’s world isn’t as expansive then Hunter X Hunter’s though. While our characters are in different locales, it doesn’t harbor anything too complex. This manga dialogue feels lighter compared to the many paragraphs you’ll encounter in Hunter X Hunter too. However, it tells an enjoyable adventure involving four males from different walks of life.

Our story follows Yusuke Urameshi, a delinquent who doesn’t care for his studies. He finds himself turned into a spirit after risking his life to save a child. He travels with a spirit guide named Botan who introduces him to the realm’s prince Koenma. He offers Yusuke a chance to be reborn if he can complete specific trials for him.

As his new spirit detective, Yusuke must complete Koenma’s missions if he wishes to return to his former life. From its dark themes to its lighthearted comedy, Yu Yu Hakusho is a fabulous manga to read after you finish catching up with Hunter X Hunter. 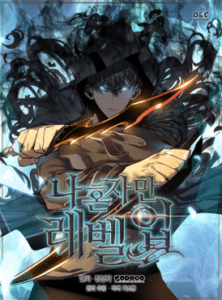 Webtoons have attempted to make a splash in the anime and manga community several times. While there have been some that slipped through the cracks, none of them have reached the mainstream audience as much as Solo Leveling, so far. This story contains a well-written plot, intricate characters, and beautifully drawn action scenes.

This story takes place amidst the bond between the real world and a magical realm. This leads to mythical beasts traversing the world and ordinary people obtaining superhuman powers. Enter Sung Hin-Woo, known for being the weakest hunter in his universe. He continues hunting low-ranked monsters but lives the worst life possible.

His life changes for the better when he notices a floating Quest Log nearby. It asks him to complete a training program or suffer a grave penalty. He tackles the task because he feels it’ll help him become a better Hunter. Like Gon, Jin-Woo will tackle multiple missions that’ll help him grow in strength and maturity over time. This webtoon’s art style maintains consistency and is pleasing to look at. If you’re looking for another hunter-themed story with intriguing characters, give this one a read.

Although the Seven Deadly Sins anime fell short over the years, the manga mains consistent quality. It contains a great mix of comedy, action, and colorful characters who’ll keep you entertained. The story has several twists that will keep you guesstimating and the world’s grandness contains enough mysteries to keep you invested.

This series’s humor may strike mixed reception from readers. People who don’t adore classic sensual-themed jokes, may not adore this work as its protagonist can come across as slightly perverted. However, if you can overlook the protagonist’s strange fantasies, you’ll walk away from Seven Deadly Sins feeling slightly satisfied.

Our story takes place in a world rooted in injustice. The Holy Knights of Britannia aim to protect their homeland with magic and strength. Their prime targets are “The Seven Deadly Sins,” criminals who were once the kingdom’s strongest knights. Ten years later, the Holy Knights capture the King of Liones and install themselves as the new rulers of the land.

The third princess of the kingdom, Elizabeth Liones, embarks on a quest to find the Sins. She hopes they can aid her in reclaiming control over the land. She stumbles into a bar owned by Meliodas, the Dragon’s Sin of Wrath and former leader of the group. After conversing with Meliodas, the two set out to find his former allies, hoping they can put an end to the Holy Knights’ terrible tirade.

Mahou Sensei Negima revolves around a 10-year-old wizard named Negi Springfield. After graduating from his magic academy, he hopes to find her missing father and become a Magister Magi, someone who can help the world through magic. To complete his latter dream, he gets assigned to teach English at a middle school in Japan.

Negi’s surprised that his class consists entirely of girls. One named Asuna Kagurazaka knows his magician identity. Negi must negotiate with the girl in hopes of keeping his alternate identity a secret. This manga’s story isn’t too far off from Gon’s journey in Hunter X Hunter. Both characters hope to become stronger people and meet up with family members who’ve been absent in their lives.

Both mangas have some comedic antics and utilize supernatural abilities to overcome heinous obstacles. Mahou Sensei Negima leans into ecchi and romance territory moreso than Hunter X Hunter. However, it contains enough thrilling fights to keep you invested with its tale. Give it a read if you’re looking for a magic-themed manga like Hunter X Hunter.

Made In Abyss – Akihito Tsukushi

Hunter X Hunter and Made In Abyss ]come from different walks of life, but they offer slight similarities. With its emotionally-gripping storyline, fun characters, and remarkable landscapes, this is a brutal manga you shouldn’t pass up. That said, the manga can offer some controversial imagery that may put some people off.

If you can overlook those instances then you’re for a swell and heartbreaking experience with Made In Abyss. Made In Abyss follows Riko and Reg as they journey through the deepest depths of a mysterious abyss. By the end, Riko hopes to locate her mother while Reg hopes to reclaim the memories he’s lost.

The deeper they get into the abyss, the more horrifying their journey becomes. Reg and Riko will encounter many Lovecraftian and nightmarish beasts with well-detailed designs and horrid abilities. Despite being children, readers will adore how strong and intelligent these two become over time. If you’re looking for a hardcore adventure manga that’s not afraid to put children in deadly circumstances, check out Made In Abyss.

So there we have it, our 8 books/manga to read after you’ve caught up with Hunter X Hunter.