Have you finished streaming Amazon’s remake of Utopia? Wondering what to watch next?

So without further ado, we present 10 TV shows that should whet the appetite when you’ve finished streaming Utopia. 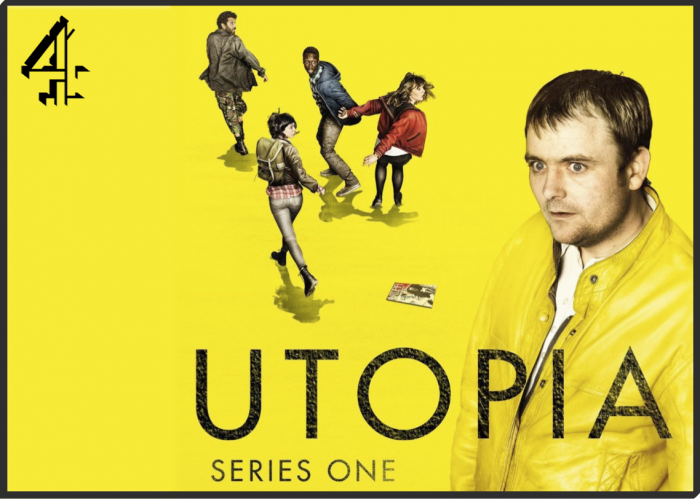 Similarities – This is the original

Well, what better place to go when you’ve finished a remake than back to the original. This version is undoubtedly superior to Amazon’s remake and it’s easy to see why.

The striking colours, moody atmosphere and unflinching storyline are well-poised to make the most of this British cult hit.

Although the second season does end on an unresolved note, there’s enough within this gem to make it a compelling and worthy investment of time nonetheless.

Split across four seasons, Fargo’s anthological approach offers up a delightful selection of different stories to choose from.

While the fourth season’s gang-centric approach may not fit the bill for Utopia, the first couple of seasons certainly do.

Each of the stories depict tales of deception, intrigue and murder in and around frozen Minnesota. I won’t spoil any of the plot points here but suffice to say, they’re well written and incredibly stylish.

Amazon’s Original Series The Boys bucks the trend of tired Marvel and DC spin-offs to deliver one of the most refreshing superhero takes on TV.

Armed with a compelling narrative, an interesting, satirical look at superhero culture and a smattering of blood and gore along the way, this one is a bloody good time.

The characters are well written, the continuing storyline nicely paced and with a third season on the horizon, The Boys is certainly one of the easiest recommendations to give.

Black Mirror is still the go-to for most people looking for a dark slice of sci-fi. While the later episodes do wane in quality, there’s no denying that some of the early episodes are absolutely fantastic.

With an uneasy dread clinging to this one and a lot of social commentary (like Utopia), this makes for a solid choice and one you should absolutely check out if you haven’t already.

You can’t really go wrong with a Tom Hardy period piece and that much is especially true here with Taboo.

Fresh from his excellent performance in Peaky Blinders, this 1800’s series revolves around adventurer James Keziah Delaney. He returns to London during the war to rebuild his Father’s shipping empire.

With both the government and a bitter rival vowing for that same lucrative slice of pie, what ensues is a surprising, twisty-turny thriller.

Narcos and its sister spin-off Narcos: Mexico are gritty, well written crime dramas. Both shows do an excellent job at building up a dangerous world revolving around the drug trade.

While the show primarily follows Pablo Escobar, it does then branch out and encapsulate many more characters to produce one of the more intriguing and entertaining series out there.

Although the gang and drug set-up is different to Utopia’s viral outbreak, in terms of action and violence Narcos knocks it out the water.

With dark, minimally lit scenes and a gripping plot woven throughout its four seasons, Mr. Robot manages to enthrall from start to finish.

It’s not only one of the smarter written shows on TV, it’s also one that closes out its fourth season with a near-perfect finale.

The series revolves around an eccentric, enthusiastic amateur sleuth called Dirk who whisks up unimportant nobody Todd on a supernatural, time bending adventure to solve a bizarre mystery.

The show begins as a comedy and quickly grows into a really engrossing, endearing comedic drama that’s well worth checking out.

Legion is a challenging sci-fi series that exists somewhere within the weird space of the X-Men universe. However, it’s also one of the more unusual and visually stunning shows you’re likely to see in quite some time.

So there we have it, our 10 TV show picks to keep you busy while you await the second season of Amazon’s remake for Utopia.