More Period Dramas To Sink Your Teeth Into

The Gilded Age is the latest series from the mind of Julian Fellowes. The mix of period drama, scandal and simmering tensions certainly makes for an intriguing show.

So without further ado, we present 10 TV shows that should whet the appetite when you’ve finished streaming The Gilded Age.

Downtown Abbey is a highly popular British series which chronicles the lives of the aristocratic Crawley family and their servants in the early 20th Century.

The first episode  begins things with a bombshell reveal as the current heir to the title and the fiancé of the Earl’s daughter die onboard the Titanic. As the family struggle to make sense of it all, the new legal heirs arrive to live on the Estate, predictably causing lots of friction and hostility.

The costuming and lavish set design really helps breathe life into this one but Downtown Abbey is not just a pretty face. What makes this show so absorbing is the way its characters interact and grow across the span of 6 seasons while interweaving real-life events into the story.

Bridgerton blends elements of Gossip Girl and Downtown Abbey across its 1800’s England storyline. Queen Charlotte is on the throne and society is predominantly divided between two upper-class families – the Featheringtons and the Bridgertons.

The centerpiece for this tale is Daphne Bridgerton who gains the Queen’s favour during the upcoming season of societal balls and wedding proposals.

One such person is the Duke Of Hastings, Simon Basset, who remains determined to stay a bachelor for as long as possible.

Predictably, Daphne and Simon hit it off but decide to fake their relationship as a way of making Daphne more desirable. This is typical rom-com territory and Bridgerton unashamedly hits all the usual tropes you’d expect from this genre.

You can read our thoughts on Bridgerton in our full season review here!

Produced way back in 1971, Upstairs, Downstairs centers around the trials and tribulations of the British aristocratic Bellamy family and their household staff. Although the “upper class” Bellamy’s are the central focus in the public eye, it’s the “downstairs” personnel that steal the show.

The various relationships, issues and stories of the workers busying around the house are incredibly sympathetic and play on those age-old social issues thanks to a growing rift between the rich and the poor.

Organizing the workers is a Scottish butler called Hudson who really steals the show here. However, each of the characters showcased are perfectly designed and memorable in their own right.

If that wasn’t enough, Upstairs, Downstairs cleverly weaves in real-life events that occurred within England between 1903 and 1930 for an added slice of authenticity.

Gran Hotel revolves around a family-owned hotel set in the fictional coastal Spanish town of Cantaloa. The costume and production design oozes a wonderful 1900’s aesthetic and balances that with a heady cocktail of romance, drama, comedy and shocks.

The story centers on Julio, who arrives as a waiter at the hotel and engages in a steamy affair with the owner’s daughter. All the while, he’s out to investigate the disappearance of his sister.

On the surface, this seems like a very simple Spanish series but Gran Hotel quickly establishes itself as an addictive binge that’s very difficult to put down. There’s a lot of drama across its season too and it’s mixed in perfectly with the mystery elements to keep you coming back for more.

While not quite ascending to the same lofty heights as Downtown Abbey, Belgravia is an absorbing and engrossing period drama nonetheless. It’s a show that takes a much bleaker, grittier tone to depict the mood of Britain, taking place a century earlier.

Instead of the country house in Abbey however, Belgravia sets its roots firmly in London within an extremely lavish, upper-class neighbourhood bordering Buckingham Palace.

It won’t be for everyone but if you’re in the mood for more high-society drama with a little less soapy melodrama, Belgravia is certainly worth a look.

Reading the synopsis to Harlots you’d be forgiven for writing this one off as another period drama pretender. That would certainly be a mistake as Harlots proves you can never judge a book by its cover.

Harlots is certainly not a melodrama though, especially with its plot line revolving around rival brothel owners, Lesley Manville and Samantha Morton, locked in a bitter feud with one another. Spanning two seasons, things predictably escalate over the course of the episodes with plenty of betrayals, romance and light touches of social and class issues for good measure.

If you’re after a tense, intriguing and utterly enthralling period drama, Versailles should be on your radar.

The year is 1667, and the story follows the 28 year old king of France, Louis XIV. He decides to set out and build the greatest palace in the world – Versailles. In order to do that, he decides to transition his father’s hunting lodge into a grand palace.

Released back in 1995, this serial adaptation of Jane Austin’s inspired novel is a real peach of a show.

The story, for those unaware, revolves around the budding romance of opinionated Elizabeth Bennet, who’s matched with the witty Mr. Darcy. This isn’t a smooth ride though, and instead we see the turbulent relationship between the two develop over time.

The set design and costuming is beautifully presented, while the dialogue crackles as the chemistry blossoms between the different actors.

Call The Midwife is pretty much exactly what you’d expect it to be. Centering on a group of midwives living in East London, this period drama is both well written and a cleverly disguised commentary on social class, the role of women in the late 50’s and a stark look at poverty.

The first season begins with a nurse called Jenny Lee arriving at Nonnatus House in London ready to begin working as a midwife. Playing out the “fish out of water” trope, Call The Midwife cleverly works this around a more expansive story that encapsulates several other nurses, lots of romance and plenty of drama along the way.

The performances from all involved are excellent and despite its lengthy run-time, never lets up on any of its core values across the expansive 10 seasons.  This one’s a must-watch. 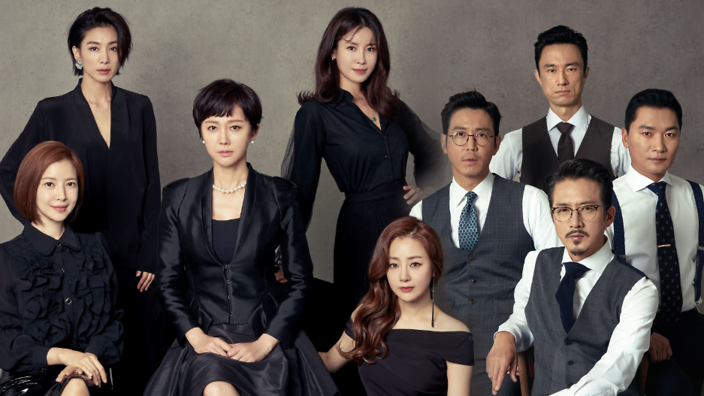 So there we have it, our 10 TV show picks to check out when you’re finished with The Gilded Age.