The Bastard Son is the latest fantasy romp, sporting well written characters and an intriguing premise.

So without further ado, we present 10 TV shows that should whet the appetite when you’ve finished streaming The Bastard Son.

The Magicians is essentially Twilight meets Harry Potter. For some, this clash of tones will be an instant turn-off but for others, this will certainly whet the appetite.

Netflix’s latest teen drama blends some familiar characters with the unfamiliar. While this one is more of a polarizing choice, it does have a lot of similarities to The Nevers.

This time though, we’re plunged into an alt-Victorian world on the brink of being consumed by darkness. Whispers grow of a big threat and for one of the girls, Jessie, she’s experiencing frightening visions.

With no Sherlock in sight, a very moody Watson offers Bea money in exchange for solving several gnarly and twisted cases. It’s not perfect but it is another alt-history romp.

The Nevers is Joss Whedon’s latest supernatural series, taking place deep in the heart of Victorian England – but with a twist.

Here, the story centers on a central group of women who find themselves sporting unusual abilities. Of course, xenophobia begins to rise up from the patriarchs in charge of the city, leading to a seismic shift in power that threatens to explode at any moment.

With the series split into two parts, The Nevers’ first six episodes set the scene nicely for what’s to follow, with some good characterization and intriguing ideas peppered in along the way.

You can read our thoughts on The Nevers in our episode recaps here!

Legion is a challenging sci-fi series that exists somewhere within the weird space of the X-Men universe. It’s also one of the more unusual and visually stunning shows you’re likely to see in quite some time.

What follows is an unforgettable journey that makes Legion one of the better shows to grace the small screen. It also ends with a decent conclusion too, making it a must-watch for fans of The Sandman.

The characters in this anime are well-rounded and offer likable personalities. The anime does a decent job exploring the side characters’ history with demons and building upon their relationship with Rin. The abilities Rin and his companion yield are creative and visually immersive. You’ll find yourself cheering our heroes on during their bouts with crude and menacing adversaries.

Despite having a more serious plotline, Blue Exorcist features a morsel of comedy in the form of witty jokes and visual gags. The comedy isn’t on par with what you’d find in The Bastard Son, but it’s decent enough to allow viewers to take a breather after its darker and more intense moments.

Based on the popular Grishaverse novels by Leigh Bardugo, Shadow and Bone season 1 adapts the first novel while taking elements of its ‘Six of Crows’ follow-up. The result is a wonderful medley of influences that lean into YA territory. However, there’s enough for fantasy fans to enjoy too – especially as this has been renewed.

The story plays host to two divided continents, separated by a large shadowy wall. Across both sides of the Fold are characters who seek to try and swing the upcoming battle in their favour. This world also plays host to Grisha, who are magic-wielders.

Among those is Alina, who happens to be the fabled Sun Summoner; a Grisha so powerful they could change the fate of the world. 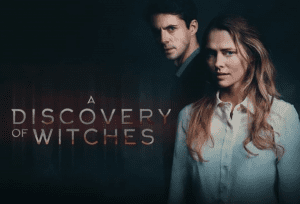 Amazon Prime’s big-budget fantasy depicts a tale of forbidden love and supernatural thrills set against a backdrop of racism and simmering tensions.

So there we have it, our 10 TV show alternatives to watch when you’re finished watching The Bastard Son on Netflix.