Sky Rojo is a stylish, well-worked cat and mouse thriller that packs a real punch across its pacey 10 episodes.

So without further ado, we present 10 TV shows that should whet the appetite when you’ve finished streaming Sky Rojo.

P-Valley revolves around a strip club in the Dirty Delta. Various girls from different backgrounds work in this Southern club, carving out a living while dealing with their own personal grief.

The two stars in the driving seat here is Queen Bee Mercedes and the new girl, Autumn Night. The latter arrives under mysterious circumstances and certainly has some secrets she’s hiding from everyone. As we soon find out, trauma in Autumn’s past has forced her into this line of work.

Mercedes meanwhile, is on her way out from this trade. Having served her time, the first episode gears up for Mercedes’ final hoorah but things don’t go to plan.

If you can go into this one with some patience, then P-Valley is certainly worth your time. The 8 episodes build up layers of intrigue nicely and the drama intensifies into a big climax at the end.

You can read our thoughts on P-Valley in our full season reviews here!

Netflix’s Spanish heist thriller La Casa de Papel is an incredibly tense piece of entertainment. Every episode leads to the next, building up drama into an explosive finale during season 1. This opener manages to channel the same nervous tension the first season of Prison Break conjured and does so with a really simple hook.

Gain entry to the Factory of Moneda and Timbre and steal a substantial sum of money. The main character to conduct this mission is codenamed Tokyo, a woman who’s mourning the death of her partner in crime.

When The Professor approaches and recruits her, along with a number of other formidable and colourful foes, what follows is a cat and mouse game adopting all the hallmarks of the heist, espionage and thriller genres.

While the fourth season does wobble a bit, the rest of the show is fantastic.

You can read our thoughts on La Casa De Papel in our full season reviews here!

Their stories run parallel to one another during the opening few episodes before converging together in a deadly game of cat and mouse.

Across three seasons, some excellent acting make this a unique slice of the crime drama pie. It’s not perfect, and at times the story does suffer from some serious contrivances. Despite that though, Killing Eve is a great option for anyone after a lively and dramatic crime drama.

You can read our thoughts on Killing Eve in our full season review here!

Gripping, thrilling and soaked in dramatic tension, Ozark is a well-paced show that proves to be another home run for Netflix Originals.

The story here revolves around a family who find their lives turned upside down by their father, Marty, who happens to be a financial advisor. Only, he’s also one of the top money launderers to the second largest drug cartel in Mexico.

When things inevitably go awry, the family are forced to uproot from their cushy lifestyle and move to Missouri, Ozarks.

With three seasons already out and a fourth on the horizon, Ozark is definitely one of the better crime dramas out there and well worth watching.

Briarpatch is an odd kettle of fish. Fresh off the success of Mr Robot, Sam Esmail takes to the murder mystery genre with a deliciously twisted and dark tale of revenge, treachery and greed.

Within that pressure cooker of flavours lies a real slow burn mystery but Briarpatch is slower than most. However, this is also a show that rewards your patience, ending things with a beautifully written finale that ties up all the loose ends.

The story itself begins with a young girl called Felicity meeting an untimely demise thanks to a car bombing. With fingers pointing at a whole host of colourful and deceptive players, Felicity’s sister Allegra arrives in town. She’s determined to get to the bottom of what’s happened.

While it takes a while to get to know everyone and understand how everything slots together, the second half of the series really comes into its own, showing off more of that familiar Sam Esmail style.

You can read our thoughts on Briarpatch in our full season review here!

The End of the F**king World

With a title like The End Of The F***king World, you’ll know very early on whether this dark comedic drama is for you. Split across two seasons and chock full of witty jokes, this British series certainly does a great job making the most of its limited run-time.

The show follows two damaged teenagers, James and Alyssa, as they embark on a road trip to escape their mundane lives. James is engulfed in murderous thoughts whilst angry teen Alyssa hates her Step Dad and pretty much everyone else in the world… except James.

The jokes are well timed, the clever switching narrative between the damaged characters helps to empathise with both teen and the short length makes this a very easy show to sit through. This one’s a must-watch.

You can read our thoughts on The End of the F**king World in our full season review here! 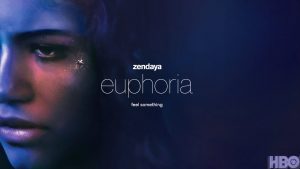 HBO’s stylish teen-drama Euphoria is a visually striking and boundary-pushing show. It accurately depicts how destructive drugs can be and spins that into a gorgeously shot series about a group of teens dealing with teenage issues. Zendaya ignites the show with her accurate portrayal of drug-addict Rue but each of the different teens bring something new to the show.

There’s some very important topics discussed here too and against the backdrop of drug taking, nudity and rape, this teen drama is easily one of the best dramas of its kind and a must-watch, even for those who don’t usually watch these sort of shows.

You can read our thoughts on Euphoria in our full season review here!

At the heart of this one lies empathetic mother Helena, who finds herself in desperate need of cash and influence to free her husband from jail. Between looking after her daughter and scraping a living to survive, Helena is forced into a difficult decision. This eventually sees her seduce a dangerous drug lord called Malpica in order to raise funds to free her husband from prison.

With Helena adopting a new alias for her mission, this tense and thrilling Spanish crime drama keeps up the pressure right to the very end. This one is well worth checking out.

You can read our thoughts on Hache in our full season review here!

Dark and formulaic, Indian Netflix series She is an enjoyable crime drama that doesn’t quite do enough with its interesting premise. Still, it’s undeniably similar to Sky Rojo for its themes and ideas.

She’s story sees police constable Bhumi who finds herself battling against the odds to change the opinion of her male colleagues who don’t believe she can make a difference in the police force. In order to change their mind, she goes undercover and uses her sexuality as a tool for seducing men and pushing the limits of what she’s capable of.

This culminates in Bhumi taking down different shady characters across the season. At the same time, this undercover role awakens something painful yet empowering that lies dormant in Bhumi’s soul, as we see the struggles she has had to deal with across these pacey 7 episodes.

With big themes around female empowerment and grief, this Indian crime drama is certainly worth a watch.

You can read our thoughts on She in our full season review here!

While the needless second season does dampen the experience somewhat, the first season of Big Little Lies is damn near perfect storytelling. With incredible acting, a slow burn mystery and some great reveals across the 7 episodes, Big Little Lies is arguably one of the best miniseries in recent memory.

So there we have it, our 10 TV show alternatives to watch when you’re finished with Sky Rojo on Netflix.