So without further ado, we present 10 TV shows that should whet the appetite when you’ve finished streaming Shining Girls!

Absentia is a show full of plot twists, although one could argue that this show throws up one too many twists into the fold. Still, Absentia’s conclusive three-season run is helped by a really gripping plot that ends on a suitable high note.

The story revolves around FBI agent Emily Bryne who is found alive six years after her disappearance. Hampered with amnesia, Emily is forced to try and piece together her past, with specific emphasis on her time while kept in captivity.

To give much more away would be a disservice to this one but there’s a lot to like with this thriller.

Mouse is going to divide opinion. It’s undoubtedly a show with a lot of promise, including a twisty turny story about psychopaths and what drives them. With 20 episodes, some of which nearly 2 hours long, and several specials to flesh out characters, this is a really epic watch.

The story centers on Jung Ba-Reum, a rookie police officer working at a police substation. Honest and hardworking, he finds himself faced with the impossible, tasked with tracking down a psychopath murderer who places the entire nation in fear.

That’s the simple synopsis but with numerous timelines, lots of murders and numerous surprising twists, Mouse is undoubtedly gripping but complicated. It’s also slightly frustrating too, so do be aware of that. However, this one is undoubtedly an unforgettable experience!

The story here revolves around a woman named Alice, who finds her life turned upside down when she agrees to shoot a movie for a femme-fatale screenwriter Sophie.

After the success of Mr. Robot, creator Sam Esmail set his sights on a new venture – noir-thriller Homecoming.

This intriguing thriller essentially splits its focus between the past and present. Main protagonist Heidi works as a waitress in present day America but at a company called Homecoming in the past.

This company, run by sleazy boss Colin, aims to rehabilitate damaged soldiers back into civilian life through an experimental, privately funded program. One of the stars of said program is vet Walter who has all the makings to be the perfect test subject.

With a significant chunk of Heidi’s memory mysteriously missing, Investigator Carrasco begins to piece together what happened in the present day timeline.

With 30 minute episodes and an uneasy dread clinging to large parts of the story, the aesthetic and visual design is very similar to Shining Girls. While the second season isn’t quite as effective as the first, there’s a lot to like here nonetheless.

You can read our thoughts on Homecoming in our full season review here! 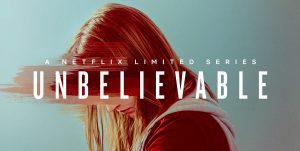 It’s one of those rare gems that completely changed the landscape of the small screen when it released in 1990 and showed what could be achieved with horror through this medium.

If you’re a fan of crime dramas, you really don’t want to pass up watching The Chestnut Man. Well written, gritty and utterly engrossing from start to finish, this Nordic noir is nicely poised to end September with a bang.

Adapted from the novel by Soren Sveistrup, The Chestnut Man is incredibly chilling and captures the same atmosphere and tone the books are synonymous with.

Much like the books, the story here centers on police detective Naia Thulin and her new associate Mark Hess. It’s your typical “new guy teamed up with hardened senior” set-up, but this is a show that leans in harder to its plot than its characters.

That’s not a bad thing though and across the six episodes you’ll find yourself trying your best to piece together all the clues and solve the crime before our detectives do.

This Nordic drama is beautifully constructed, well-paced and a must to put on your watch-list.

You can check out our full season review of The Chestnut Man here!

So there we have it, our 10 TV show alternatives to watch when you’re finished with Shining Girls on AppleTV+!