Move to Heaven is the latest tear-jerking Korean drama on Netflix, diving into some really topical and poignant themes surrounding death and mental health.

So without further ado, we present 10 TV shows that should whet the appetite when you’ve finished streaming Move to Heaven.

Hi Bye, Mama is an enjoyable Korean drama, touching on some very important and emotional themes. However, this show does slip up a little with the sheer number of characters it has to work with.

What Hi Bye Mama manages to achieve really well however, is tackling important life lessons with skill and poignant humanity. It shows us how different people deal with grief and also sends some powerful messages to the audience, in particular how short life is and to make the most of the time we are given on Earth.

It may not be the strongest K-Drama out there, and some of its sub plots could have done with more development, but it’s an emotionally stirring series that’ll almost certainly pull at the heartstrings.

You can read our thoughts on Hi, Bye Mama! in our full season review here!

It’s Okay To Not Be Okay

It’s Okay To Not Be Okay certainly doesn’t shy away from portraying important mental health issues and it does so in a very natural way. From emotional and physical abuse to learning difficulties, the drama tackles these perfectly with one message in mind. Just like the title itself, it is okay to not be okay and seek help, whether professionally or from the support of friends and family.

The story revolves around brothers Moon Kang-Tae and Moon Sang-Tae. They have lived alone since they were very young. After their mother passed away, Kang-Tae has been doing the best he can, protecting and looking after his older brother.

The series has an original and heartwarming premise with excellent character progression and interesting themes. It’s not easy to portray mental health issues but this drama does a great job depicting this in its rawest form, helped along by some impressive acting from the entire cast.

You can read our thoughts on It’s Okay To Not Be Okay in our full season review here! 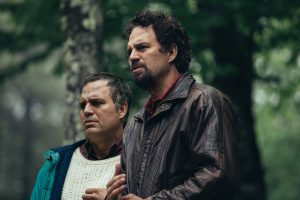 I know This Much Is True

One of our must-watch dramas of 2020, HBO’s latest sibling drama is quite simply brilliant. It’s a show that manages to capture mental health in a really raw and shockingly emotive state while allowing both Dom and Thomas time to grow and take the limelight. An award-winning performance from Mark Ruffalo easily propels this series and makes it a really compelling watch.

The hour-long episodes will likely feel right at home for K-drama fans, while this series tackles some heavy themes too. The drama here essentially centers on Dom and Thomas’ turbulent relationship over time, backdropped by some serious family trauma. Without spoiling too much, the show begins with a shock and keeps up the same level of excellence throughout its run-time.

You can read our thoughts on I Know This Much Is True in our full season review here! 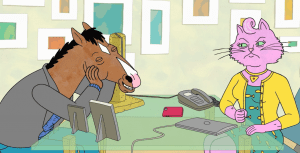 What could an animated series on Netflix about a horse have to do with this Korean drama? Well, surprisingly quite a bit. Both shows dive into the subject of mental health, strained relationships and depression. While Bojack does so with more of a cultural wide-sweeping brush, it’s no doubt effective in what it sets out to do.

The main story revolves around Koo Seo-Jin, who happens to be a man with split personality disorder. One of his personalities is cold like Hyde and the other is sweet like Jekyll. Predictably, the show takes on a romantic edge. Although some of the later episodes are a bit slow, the drama remains an entertaining watch nonetheless. 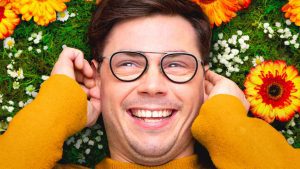 Semi-autobiographical Special feels like a breath of fresh air. With a tone very similar to that of Atypical, Special is a well written, charming little comedy, one as funny as it is heartwarming.

The story revolves around Ryan, a young, gay man with cerebral palsy. Nervous about his first day at work as an intern, Ryan does his best to hide his condition from everyone, including new friend Kim and boss Olivia.

As the episodes progress and more of Ryan’s life is revealed, his confliction over whether to tell everyone the truth begins to consume him. It contrasts beautifully with his tumultuous time at home too, as Ryan grows in confidence and decides to move out on his own.

With 8 episodes all clocking in at around 15 minutes or so, Special is a very easy and bingeable watch. The episodes are the perfect length too, making for a wholly satisfying watch.

You can read our thoughts on Special in our full season reviews here!

While most Korean dramas with a premise like this double down on the jokes and feel-good vibes, It’s Okay, That’s Love most certainly does not. Instead, this show vibes much harder toward melodrama, and specifically the realism surrounding mental health.

Predominantly, this show depicts a love story between a psychiatrist named Ji Hae Soo and an author who had schizophrenia named Jang Jae Yeol. What begins as a simple romance soon picks up steam and becomes something much more profound and beautiful. It’s a really well written drama and easily one of the better Korean shows to tackle mental health.

Funny, thought provoking and brutally realistic, Atypical tells the story of a family living with their autistic son and the challenges each of them face. Narrated by their son Sam, Atypical’s script is filled with well-handled sub plots.

The story essentially revolves around Sam’s journey through adolescence, including the turbulent life of being a high school student. Only, the show goes much deeper than that, giving an equal emphasis to each of the different characters in the family too.

This finely crafted balance between comedy and drama is really what sets Atypical apart, especially with such an honest examination of autism.

You can read our thoughts on Atypical in our full season reviews here!

In terms of story structure, Everything’s Gonna Be Okay certainly bears some similarities to Move to Heaven. The tone is very different in truth, but there’s some great representation of LGBTQ+ and autism here.

The story centers on 25 year old Nicholas. He’s still living at home with his single dad and two teenage half-sisters. They’re certainly not helpful though, as Nicholas is left with the brunt of looking after his siblings, one of whom is autistic.

When his father becomes terminally ill, the family are changed completely and forced to adapt.

Equal parts funny and dramatic, Everything’s Gonna Be Okay is an honest and well-meaning series and definitely worth checking out.

Navillera is a beautifully written Korean drama, one that dives into the idea of dementia while juggling that with following your dream. At the center of this is Deok-Chool, a sweet old man who learns he’s got dementia, which threatens to aggressively worsen with time.

Unwilling to let this horrible disease hold him back, Deok-Chool sets out to make his dream come true – performing ballet on the stage. To help him, Deok-Chool relies on the help of Chae-Rok, a talented dancer with a short-fuse and a lot of impatience.

Both characters grow across the 12 episodes, culminating in a tear-jerking and beautifully written finale. This is one of the stronger series of 2021 and a definite must-watch.

So there we have it, our 10 TV show alternatives to watch when you’re finished watching Move to Heaven on Netflix.