Firefly Lane is the latest premium soap on Netflix, blending romance, drama and plenty of timeline jumping across 10 episodes. If you’ve finished streaming this one, or even found yourself turning it off in a hope for a better show, we’ve got you covered.

So without further ado, we present 10 TV shows that should whet the appetite when you’ve finished streaming Firefly Lane.

This Is Us is the quintessential family soap opera in America. Running for 4 seasons now and with another 2 in the pipeline, This Is Us follows the Pearson family through the years, splitting its timeline between three different time periods; the Pearson children (dubbed the “Big Three”) as infants, as teenagers and eventually as grown adults.

Mum Rebecca and Father Jack raise little Kevin, a football star turned actor, adopted child Randall who has a tragic past surrounding his birth parents and Kate, who has serious emotional issues that manifest themselves in an eating disorder and depression.

The seasons follow this dysfunctional family, touching on poignant and thematic issues including mental health, race and, of course, romance. There’s plenty to like about this one but be warned  – the Super Bowl Sunday episode will almost certainly have you reaching for the tissues.

You can read our thoughts on This Is Us in our full season review here!

While simple in theory, Sky Castle’s examination of class and culture is partly why the show works as well as it does. Alongside this are numerous thought provoking discussions around the parental pressure of excelling at school, mixed in with the usual dose of high makjang (Korean term for exaggerated melodrama), making Sky Castle one of the best Korean dramas out there.

Netflix series Sweet Magnolias takes all the usual tropes inherent in Lifetime, Hallmark and CW shows and smooshes them together into a syrupy slice of life drama.

With a host of diverse characters wrapped up in their own issues throughout the series, Sweet Magnolias is a show that relies heavily on its characters to push the narrative forward.

Recently divorced Maddie tries to move on from her ex Bill who has already shacked up with a new love interest. Dana Sue works at a restaurant and faces a tough decision to make regarding her head chef while Helen works as a lawyer.

Together, they decide to open a brand new spa but along the way are forced to deal with small-town gossip and romance. If you liked Firefly Lane, chances are you’ll like this one too.

You can read our thoughts on Sweet Magnolias in our full season review here!

Highly regarded as one of the best slice of life Korean dramas, Reply 1988 is a real trip down memory lane. A trip to the 80’s to be precise. Nestling itself in nicely alongside other dramas of its kind, Reply 1988 adopts a light, breezy tone but finds strength in its characters who are all well written and have lots of dramatic moments.

Split across four different families and praised as one of the more accurate depictions of Korean life, this 20 episode series is split into feature-length episodes as we follow a dozen or so characters from 1988 up to 1994. There’s a blend of romance, comedy and drama here too, meaning fans of Firefly Lane should love this one.

Three Days Of Christmas is a heartwarming, dramatic and soapy Spanish trip, following a quartet of sisters over the course of three Christmases.

The first episode sees the four girls as young teenagers, navigating the world of love and hormones whilst harboring a big secret from their parents. The middle, meaty portion of the series sees these four as adults in episode 2, returning to their family home for a combined purpose.

This dramatic whirlwind of character reveals and melodrama leads nicely to the final episode that rounds things out with the four as senior citizens, looking back at their lives with regret, joy or melancholy.

This triple timeline delight should please fans of soapy dramas and there’s some great performances in this one.

You can read our thoughts on Three Days Of Christmas in our full season review here!

Northern Rescue is a melodramatic familial drama that tries to nail the tone of more serious offerings like This Is Us but comes off much closer to unrealistic soap operas like Station 19. If that’s your jam though, you should find enough here to like.

The story revolves around a seemingly perfect family unit turned upside down when mum Sarah dies. This leaves John all alone to raise their three kids, Scout, Maddie and Taylor. The end of the first episode sees the family pack up and move to a small town and it’s here where the bulk of the story takes place.

Romance, drama and plenty of soapy shenanigans are the key ingredients and given how fervently fans have been jumping on a possible second season, there’s a good crowd of people who enjoyed this one.

You can read our thoughts on Northern Rescue in our full season review here!

Tales Of The City

Tales Of The City serves as the spiritual successor to the 1993 series of the same name, playing out as a familial drama with plenty of emotional highs and lows along the way.

At the heart of this story lies Mary Ann, who returns after a prolonged absence from the community to wish 90 year old Anna a happy birthday. This prodigal woman was the original visionary for the community and her birthday is of course significant for those who live around her.

As Mary Ann arrives at the party, an outsider returning to home comforts, she finds herself confronted by the past, and in particular Shawna, the wildcard child for whom most of the drama revolves around.

Nicely paced and full of some memorable characters, Tales Of The City is certainly worth checking out.

You can read our thoughts on Tales Of The City in our full season review here!

Sex And The City

The definitive girl-power title, Sex and the City is a funny, raunchy, well-paced series split across 6 lively seasons (and 2 movies but let’s forget those.) The main crux of drama here revolves around four (mostly) single female New Yorkers who mix romance, sex and relationship woes with a constantly evolving narrative about belonging in a rapidly changing world.

Carrie Bradshaw and her infamous romance with Mr Big props up much of her storyline, while sexed-up Samantha Jones plays up the comedy relief of the team. Miranda Hobbes is the more sensible member of the group while quiet Charlotte York slowly comes out of her shell across the seasons.

Like any show that runs for this long, there’s some good and bad episodes but largely Sex and the City hits its stride and never looks like slowing down, right the way through to its emotional ending. 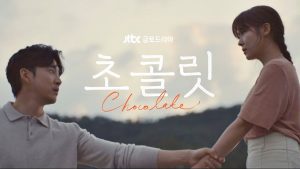 Split across the usual 16 episode K-drama run, Chocolate’s story intertwines two star-crossed characters across time through their shared love of food. This is then mixed in with the death of a loved one to deliver a beautifully written but incredibly sad drama.

The themes of healing and forgiveness come into this in a big way, with two definitive timelines split through this Korean drama. While a little slow at times, the endearing romance and melodramatic beats should please fans of Firefly Lane.

Gilmore Girls is a comedy/drama following a single thirty something mother and her teenage daughter. The pair are very close, like best friends even, living in a small town called Stars Hollow that has its fair share of colourful residents.

Lorelai comes from a rich family but always had a difficult relationship with her parents so she ran away when she had Rory. The show starts when Rory is 15-16 and gets accepted to a prestigious private school.

She is very intelligent and with her Mum’s help, remains determined to try and get accepted into Harvard.

The series follows their lives as Rory goes to school (and later college) while Lorelai plans to own her own inn.

The show is famous for its witty dialogue and pop culture references, mixing in a smartly written script full of lovable characters. Do be aware though that the last season had a lot of backlash from fans for its questionable changes to key players. Despite that, the show is definitely worth your time.

So there we have it, our 10 TV show alternatives to watch when you’re finished with Firefly Lane on Netflix.