Fate: The Winx Saga is the latest fantasy teen drama streaming on Netflix. With lots of magic, teen angst and romance, this heady blend of ideas may well leave you wanting more when you’re done watching the brief first season.

So without further ado, we present 10 TV shows that should whet the appetite when you’ve finished streaming Fate: The Winx Saga. 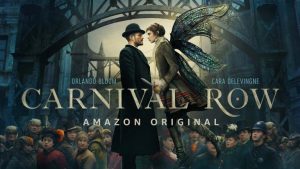 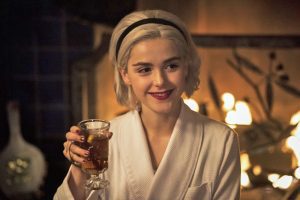 It’s a great premise and one that works beautifully thanks to its well-written group of characters.

The Uncanny Counter is an action-packed Korean drama revolving around a dysfunctional group who team up to take on high-powered demons. With a premise similar to Fate: The Winx Saga, the drama here revolves around a boy called Mun who’s traumatized by the death of his parents as a child. Raised by his grandparents, Mun finds himself thrown into the world of demon-hunting as he’s made a member of the illustrious Counters.

Armed with super strength and an array of different abilities, the Counters get wrapped up in a wide-spanning political conspiracy involving the Mayor and a Director of a local company. Things are unfortunately made even more complicated by a level 4 demon called Cheong-Shin who kills one of the Counters and begins a murderous rampage. Drama, comedy and fantasy combine beautifully to make a really satisfying watch.

You can read our thoughts on The Uncanny Counter in our episode reviews here!

We really couldn’t do a list about Winx Saga without at least mentioning the original. If you want to know what all the fuss is about, The Winx Club is certainly worth checking out (or getting your kids into!) thanks to its unashamedly bright, colourful animation that  draws on that “girl power” vibe.

What’s particularly refreshing about this animation, and partly why the show has done so well, is the way it blends menacing villains, action and strong themes around friendship. In a way, this show actually has some similarities to The Powerpuff Girls too, although Winx Club has a much larger, more diverse cast.

So there we have it, our 10 TV show alternatives to watch when you’re finished with Fate: The Winx Saga on Netflix.