Tumbling Further Down The Rabbit Hole

Alice In Borderland is the latest Japanese sci-fi series on Netflix, blending elements of 28 Days Later, The Purge and Sword Art Online to produce something surprisingly gripping and well written.

If you’ve finished watching this and are looking for something similar, we’ve got you covered.

We’ve combed through the archives to bring you our top 10 picks for alternate viewing.

So without further ado, we present 10 TV shows that should whet the appetite when you’ve finished streaming Alice In Borderland.

Well if you’re looking for something as close to Alice In Borderland as possible – Sword Art Online is your jam. This anime does suffer from some of the usual tropes you’d expect, but for the most part it makes for a really enjoyable – and highly popular – series.

In its simplest form, Sword Art Online is set in the year 2022 where thousands of people become trapped inside a new virtual MMORPG. Among them is lone wolf player, Kirito. Determined to try and escape, he works hard to try and beat the game before it subsequently beats him.

The actual world building is pretty good and the constant twists across each season keeps things engaging and unpredictable. Where the show is less original however, comes from Kirito himself who really leans into that “Gary Stu” trope of being over-powered. Still, despite that there’s enough meat in this anime to make it worth watching.

You can read our thoughts on Sword Art Online in our full season reviews here! 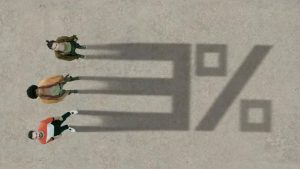 Where Travelers stands out though, is the unique way it manages to weave its unique premise through a well written plot and believable, complex characters.

The story takes place 100’s of years from now, as surviving humans discover how to send their consciousness back through time into people of the 21st century. Desperate to change the fateful path of humanity, Travelers combines mystery, action and tension to great effect.

The show does well to conclude its three season run too with an epic finale that does just about enough to conclude this tale on a high. However, it also leaves the door open for a possible reboot further down the line.

Similarities – Tension & Every Man For Themselves

When it comes to missed opportunities, no franchise comes close to The Purge. After a myriad of lacklustre films, The Purge franchise sets its sights on the small screen for a 2 season stab at delivering a story worthy of its interesting premise.

While the first season does squander its potential, the second is actually a surprisingly gripping affair, revolving around four separate groups of people banding together to try and survive Purge night; an event where all crime is legal for 24 hours.

If you’re in the mood for something dramatic and tense, given the anthological nature of this one you should skip the first season completely and jump straight into the second.

While the rules of this world are explained, the characters grow with each passing episode and each chapter adds something new and interesting to the fold. It’s an unpredictable thrill ride from start to finish that will have you guessing right the way through to its climax.

Sense8 is one of the more ambitious (and expensive) projects green-lit by Netflix. Shot on-location across the globe, Sense8 is an incredibly good looking show and some of the locations are absolutely breathtaking.

The story centers around a group of people around the world suddenly and inexplicably linked together mentally. Together, they’re thrust into the throng of danger, forced to find a way to survive as they’re hunted by those who see them as a threat to the world’s order.

Sense8 backs up its impressive cinematography with 8 cerebrally charged narratives intertwined together to form one interesting story. There’s a lot of twists and turns along the way and it was such a fan favourite in its time that the abrupt ending to season 2 forced Netflix’s hand to commission a conclusive feature film to finish the story.

When it comes to under-rated sci-fi, 12 Monkeys must be near the top of the list. This incredibly thrilling show completely surpasses its big screen brother to produce something really special – and criminally overlooked.

The story itself is relatively unchanged from the film. In the future, a virus has absolutely ravaged humanity and a lone time traveler jumps back to stop a plague from wiping out Earth. While this sounds simple in theory, 12 Monkeys quickly adds layers of depth to rival that seen in Dark.

After an enjoyable and relatively predictable first season, 12 Monkeys changes the game by introducing a shadowy group called the Army of the 12 Monkeys. They too seem desperate to change the past but to what end? What ensues from here is an incredible journey, one of the best sci-fi series ever produced and one that finishes with a spine-chilling conclusion.

A small town in Kansas is left in the dark after seeing a mushroom cloud over nearby Denver, Colorado. With radio transmissions out and lots of unanswered questions, this small town tries to figure out what’s going on – and how to survive.

Suspenseful, well written and surprisingly gripping, Jericho became a cult hit until it was unceremoniously dumped by networks. The fans were so angry over this, 20 tons of peanuts were sent to the CBS offices in a bid to reinstate the show… and it worked too!

Partly the reason the show works as well as it does is the way it surpasses expectations to move beyond its simple premise. There’s some smartly written themes in here too and it’s backed up by some likable and well-rounded characters too.

So there we have it, our 10 TV show picks to keep you busy while you wait for a possible second season to Alice In Borderland.