Promising Young Woman is a stylish, well written revenge thriller. It’s a movie that asks how far one person is willing to go for vengeance and what happens when things go awry.

So without further ado, we present 10 movies to check out when you’ve finished watching Promising Young Woman

Kill Bill is one of Quentin Tarantino’s bloodiest movies, and a brilliant revenge thriller in its own right. Split across two volumes, this tale of revenge and retribution uses a simple set-up to deliver a flashy, visually impressive modern epic.

The movie centers on a woman who’s known simply as The Bride. After awakening from a four-year coma, she exacts revenge on Bill and the Deadly Viper Assassination Squad after killing her husband and taking her baby.

What follows is an action-packed movie that stitches together a number of well-choreographed fight sequences around a dramatic, character-driven romp.

Oldboy is one of the quintessential Asian revenge thrillers. It’s certainly not for the fainthearted!

Beginning in 1988, an obnoxious drunk named Oh Dae-Su is abducted and awakens in a windowless, dilapidated hotel room. He’s trapped and seemingly for no good reason either.

After 15 years of captivity, the confused and puzzled prisoner is deliberately released and encouraged to track down those who imprisoned him originally.

Well-written and nicely paced, Oldboy is chock full of violence and strong themes.

The Girl with the Dragon Tattoo

The Girl with the Dragon Tattoo is an American remake of the Swedish title with the same name. Although perhaps not quite as gritty as that one, this is the version more prolifically known.

Our plot centers on journalist Mikael Blomkvist who leaves his job at the magazine Millennium on the back of losing a high profile case. In doing so, Mikael begins searching for a woman who’s been missing for 40 years, courtesy of a job given by Henrik Vanger.

Joining him in this search is Lisbeth Salander, a young computer hacker whom Mikael is no stranger to. As Mikael and Lisbeth begin searching, they uncover shocking secrets about the family they’re writing for.

Directed by David Fincher, The Girl with the Dragon Tattoo is a well worked thriller and certainly worth checking out.

Fatal Attraction is best known for that interrogation scene inside the police station. However, this film offers much more than that, delivering a really compelling psychological thriller in the process.

The story begins with successful New York lawyer Dan Gallagher. Alongside beautiful wife Beth and a 6-year-old daughter, Dan winds up having a one night stand with book editor, Alex Forrest.

Unfortunately this one night stand becomes so much more when Alex begins stalking and obsessing over Dan. As she becomes increasingly violent, Dan finds his own life – and his family’s – in danger.

Although some could interpret this film as regressive, it’s actually a solid thriller with strong themes surrounding mental health and the limits of obsession.

Birds Of Prey is a mess. It’s an enjoyable mess but it’s a film littered with issues that are hard to ignore. Behind the visual facade of explosions, glitter guns and freeze-frame vignettes is a picture paper thin in both characterization and compelling story-telling. So why is it on this list?

Well, in terms of style and flair, Birds Of Prey has a lot of similarities to Promising Young Woman. Both films have a very compelling lead character. They’re both about gaining revenge against men. And they’re both visually stunning pictures.

The story here centers on Harley Quinn, who joins superheroes Black Canary, Huntress and Montoya after splitting with the Joker. Together, they set out to save a young girl from an evil crime lord.

The movie is fun in parts but this recommendation is much more of a love/hate affair.

You can read our thoughts on Birds Of Prey in our review here!

Hard Candy is a cleverly written revenge tale that takes some very difficult and taboo topics and handles them with care and precision.

The story here centers on 14 year old Hayley Stark who begins talking on an online chat room to 32 year old photographer Jeff Kohlver. Jeff is clear indirectly that he doesn’t have sex with minors. However, when Hayley convinces him to join her at her place, he agrees to head over. Once there though, both characters’ true intentions are made clear.

This is one clever thriller and it’s a psychologically charged ride that will have you conflicted over how to feel until the very end.

Lady Vengeance is a lovely Korean thriller, armed with beautiful cinematography and a compelling story.

Our lead character here is Lee Geum-Ja, who’s wrongfully accused of child abduction and murder. After being released from prison after 13 years, Geum-Ja is hell-bent on taking revenge. Her target is the man who put her behind bars, prompting Lee to hatch a plan with the other inmates. Only, that’s easier said than done – especially when she’s reunited with her daughter.

With a split focus between revenge and atonement, Lady Vengeance is a though provoking picture well worth checking out.

Monster is another true-story tale and a biographical drama that does a great job retelling this true-to-life story.

Serial killer Aileen Wuornos is the central focus, a woman convicted of luring men to their death. To complicate matters is Aileen’s friend Selby, a young woman whom she tries to straighten her life out for.

This story definitely doesn’t have a happy ending (which is pretty similar to Promising Young Woman) and instead delivers a gritty, grounded tale of revenge and rage. 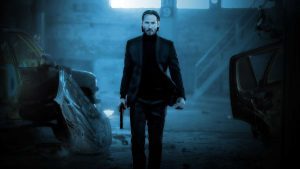 The Bride Wore Black is another classic tale of revenge and actually has a lot of similarities to movies like Kill Bill.

So there we have it, our 10 Movie picks to keep you busy after watching Promising Young Woman.